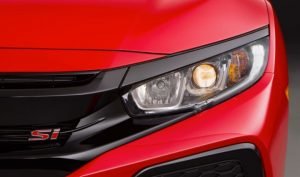 One has to wonder if half the driving public has developed a reckless devotion to the belief that the nirvana of autonomous driving is right around the corner, even without the technology in hand. How can you explain why more drivers have stopped using their turn signals? Relinquishing this responsibility now, before your car has autonomous turn signal capability, is curious to say the least. One U.S. insurance company study concluded in 2006 that 57 percent of drivers admitted not using their turn signals often.  Most said they didn’t have enough time to initiate the indicator before their maneuver. Others claimed that they changed lanes too frequently to bother. Some were oblivious to others on the road and found the exercise not important while those that did notice others not signaling joined their bandwagon because of selfish reasoning. The worst avoidance rational came from drivers who just wanted to add some ‘excitement’ to the driving experience. I have seen this attitude play out most often with the hot shot motorcyclists who bob and weave through moving highway traffic without any signaling at all. This is not to say that motorcyclists are lazy, which is the default position for most auto drivers. I can believe it is mentally too time consuming to signal your intentions to other drivers when you are burning past them at 160 km per hour!

Other studies have found that alert drivers of particular foreign and domestic vehicles, who signal properly for turning, changing lanes or parking, still have a higher potential rear crash risk due to their brand’s reliance on the red turn signal. A 2008 U.S. National Highway Traffic Safety Administration study concluded that cars with red turn signals are on average 22% more likely to be hit from behind than cars with amber rear indicator signal lights.  For consumers who have purchased vehicles with red turn signal lenses consider moving over to Honda. The Civic and SUV line up at Midland Honda have amber turn signals.  I’m very confident that people following my CRV not only see my intent to turn one way or another but the LED amber turn signal registers in their minds as well. Next time you’re on the road check out what brands use red and what brands uses amber. One of the most striking bolts of amber on the road resides on the Honda CRV.

Hope you are having a great summer,