New Drone for the New Building

New Drone for the New Building

This past January Midland Honda unveiled online the steel frame construction of the new building by showing a drone camera fly by which started in the present-day store parking lot.  It was interesting to rise vertically to a bird’s eye view over the lot, then travel across towards the construction site. The hired drone operator was able to survey the site from about two hundred feet, circle around for some good looks then head back to the store for a soft landing near Megan and Jon. A thrilling perspective for Midland Honda’s customers. 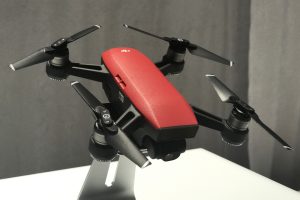 Richard Davies liked the results so much he decided to purchase a drone for future enhanced views of the dealership’s construction. The result of this effort can be seen in the March 20th New Construction update. This time the drone footage has you zoom through the building’s different levels for a more intimate tour of the current building progress.  Pretty exciting views that show the scale of the building to come. Who was the Luke Skywalker drone pilot you may well ask? It was none other than Matthew Elmer, one of Midland Honda’s super car technicians. You may have seen him explain brake pad wear and servicing on an episode of Tech Talk Thursday.  Matt has definitely felt the Force! With little experience and flight time he guided little ‘Sparky’ through and around the new build like a pro. Just take a look at that custom landing right next to the two Midland Honda construction hard hats.  Just outstanding! We can expect some crazy angles and flying as Matt becomes more familiar with what this little drone can do.  Check out the specs on Midland Honda’s new drone.  https://www.dji.com/ca/spark.

Once Matt downloads the video to a computer Megan does a great job editing the video project for Instagram with Adobe Premier. Megan’s music selections from a Google royalty free library have really fit well with the edited visuals. Based on my experience cutting 30 second promos for the CBC making a short entertaining promo is exacting work but very satisfying once you have nailed it. The quality of Midland Honda’s construction updates will continue to amaze viewers as the building progresses to completion in October. Look forward to more video updates on other topics from the Midland Honda team in the near future.